If you have any idea about 350ml Glass Bottle For Juice, welcome to contact us and discuss.

The total amount of solar energy in the sun includes the sum of both direct transmission and absorption through the glass and into the room. The smaller the shielding coefficient, the higher the shielding efficiency. Taking 8mm glass as an example, the shielding coefficient of heat-reflecting glass is 0.6~0.75, the brown heat-absorbing glass is 0.77, and the transparent float glass is 0.93. The solar radiant heat of heat-reflecting glass is transmitted. The rate is also relatively low, only 4% to 22%, which is 60% less than the absorption of the same thickness of the heat absorbing glass, and more than 75% lower than the general float glass. 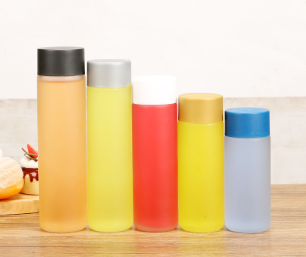 The absorption rate of the near infrared ray by 100R1 is also relatively high. Ticket fee group system wine 80FR2T1 (3) has high reflectivity and a certain transmittance of visible light with unidirectional through-image performance, the spectral curve is shown in Figure 4-27.20 according to the coating color, visible light reflectivity is 20% ~38%, the visible light transmittance is 10%~30%. The heat-reflecting glass has a ten-UV-visible near-infrared far-infrared mirror on the light-facing surface, and the backlight surface is as transparent as the window glass. 27 The indoor curve of the spectral curve of the heat-reflecting glass plays a certain role. The reflectivity of the R1-pyrolysis method in the Dongguan Museum; the R2 splash (4) has a lower heat transfer coefficient, better thermal conductivity, the reflectivity of the injection method, T1-pyrolysis method, 8 mm thick heat-reflecting glass The heat transfer coefficient is 6.1 W / transmittance; T2 - sputtering rate of heat transfer coating film of the main function of the film is to control the direct reflection, transmission, and absorption of sunlight, and produce The required reflection color. Its main function is to reduce the shielding coefficient Sc of the glass and limit the direct transmission of solar radiation. The heat reflective film layer has high reflectivity to sunlight, the reflectivity can reach 20%~40%, the shielding coefficient Sc is 0.2~0.6, and there is no obvious reflection effect on far infrared rays, so there is no big improvement on U value. Heat reflective coated glass is a typical translucent glass with one-way perspective properties. Usually, one side of the heat-reflective coated glass has a mirror-like side on the light-facing side and the back side.

When the film is installed on the indoor side, the room is not visible outdoors during the day, and the outdoor is not visible indoors at night. In addition, the specular effect and color tone of this reflective layer play a good role in the decorative appearance of the building, that is, the heat reflective coated glass has a reflectivity, translucency, and pleochroism. 4.6.5.2 Heat reflective glass application due to heat reflective glass has Good thermal insulation properties, so it is widely used in construction engineering. Heat reflective glass is often used to make hollow glass or laminated glass windows. If the heat-reflecting glass and the transparent glass are used to form an insulating glass curtain wall with an air layer, the shielding coefficient is only about 0.1. The thermal conductivity of this glass curtain wall is about 1.74W / (m2. K), which is better than the brick wall with two bricks. Therefore, it has gained more and more applications in modern buildings.